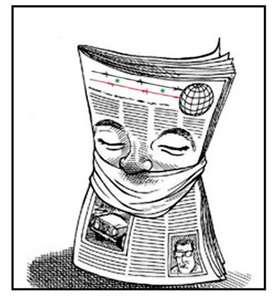 During my meeting with the parent of the Minister of Finance and Budget that he brought from the private, according to the said person himself, to bombard him with expenses in his office, I was accused of a certain lack of professionalism, of investigations, of debates and of contact.

Today is an opportunity for me to come back to an interview protocol, submitted to Mr. Dondra for his appreciation by five (5) organs of the print media, namely Aurore, Le Démocrate, Médias +, Transparency and Carnews, duly signed by Mr Samuel Gopa, Secretary General of the GEPPIC and duly deposited and registered in his office several months ago, as can be seen from the questions’ proposals. A copy of this protocol was handed to the head of the communications department of the Ministry of Finance and Budget. In spite of firm commitments to make contact with Mr. Samuel Gopa, Mr. Dondra, who effectively withdrew him from the « for treatment » paraprofession, never deigned to join the act to the word and agree to respond to the request of the press and to this protocol.

First, this refusal to communicate with media professionals conceals certain weaknesses and reflects a certain propensity to adhere to the principle of public inaccessibility to the main budgetary information. Then, this notorious lack, that is to say, the absence of contact, could not therefore enable both to have an exact idea of the resources, expenditures and projects proposed and adopted, their achievements, difficulties or delays in their execution in order to better analyze the draft amending budget law 2016. Finally, it must be stressed that the non-publication of this information or its deliberate retention has always limited the ability of governments to maintain the to reduce the capacity of the legislature, civil society and the media to assess the implementation of priority commitments by the government and local governments.

Coming from a minister whose merits have been so much praised, this can only be questioned and upset the consciences of those who want to remain vigilant and who do not close themselves to the intuitive vibrations of their souls. Here is a copy of the interview protocol, so that no one is ignorant.
Interview Protocol to the Minister of Finance and Budget, Henri-Marie Dondra

2-Are you comfortable in this chair, as Minister of Finance and Budget?

3-What is the state of your relations with your closest collaborators?

4- According to reliable information in our possession, you would prefer to follow the advice of an occult expert than those of the heads of your firm appointed for this purpose. What do you think ?

5-After more than five (6) months of taking office, except in the General Directorate of Customs and Indirect Rights, there are not always movements of personnel in all the other financial authorities. What are the reasons ?

6 – Do not you think frankly that it is high time to have your men in order to put an end to the atmosphere of paralysis observed here and there, and lead the economic and financial reforms so promised by the candidate of the rupture And change, President Touadera, and so long awaited?
7- After the grumbling of the suppliers of the State, it was the turn of the pensioners to protest to demand the payment of their pensions, a few weeks ago. Does this mean that own resources no longer come in, or that the international community has decided not to cover this type of expenditure any more?

8- What alternatives would you have if this same international community were to suspend financial aid now more than ever necessary to pay monthly salaries of civil servants and agents of the State?

9- Parliamentarians convened in extraordinary session adopted the amending budget law. What are the new orientations or the particularities of this budget collective?

10- According to the president of the national assembly, « the resources submitted in this collective are estimated at 162.9 million CFA francs and the expenses to 213.8 million CFA francs, which represents a deficit of 51,000,000,000 CFA francs, or 4.9% of GDP « . How would you fill that important gap that would be close to a quarter of the budget?

11- Would not this budget collective once again be a fictitious budget, like all other finance laws, with no real impact on the standard of living of the population, in terms of consumption of goods and access to drinking water, electricity, school, primary health care, and roads?

12- What would you do concretely to ensure that the appropriations opened in this budget law and allocated ex officio do not fall in the mass or are systematically diverted by the managers and suppliers of the State but are actually committed and give rise To achievements?

13- At a time when parliamentarians were considering the draft amending budget, the BEAC welcomed the country’s economic growth, which would reach 6% by the end of the year. Communication offense or consequences of a number of Sarandji government reforms?

14- The Government is preparing two (2) transitional examinations: the Brussels Round Table and the implementation of the DDRR. How do you see the organization of this round table with partners and what do you expect from them?
15- In the past, the results of this round table have remained mixed. Based on this experience, do you think that CAR would benefit greatly by relying on its own resources, focusing on skills in financial services, reducing prestige spending, and investing in the priority sector, Is agriculture?

16- Your last intervention on RNL’s antennas concerning the payment of two (2) months of wages seems not to have the consent of the civil servants and agents of the State. What would you do in case of a dispute?

17 – Do not you think that the cost of living is no longer within the reach of their scholarships and that they need an extra to meet the expenses of the new school year?
18- In an article published by the newspaper « Le Quotidien de Bangui », you were accused of acts of misappropriation when paying the debts owed to the state’s suppliers. What do you think ?

19 And the affair of the Timorian gift?