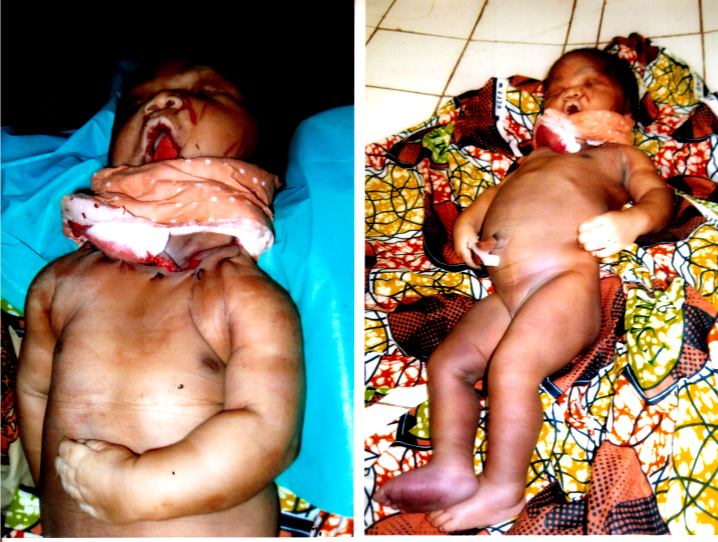 After the international NGO Emergency was accused of murdering a 9-month-old baby in October 2016, MSF’s caregivers have been cited in an almost similar case. But this time, the ablation on a stillborn according to the information.
Since yesterday crazy images of a baby’s lifeless body are circulating in Bangui. But for now we do not comment but rather report the facts. Since the results of the autopsy of the child’s lifeless body are not yet made public. But, that does not matter, the main question remains, why this ablation on a body without life?
Indeed, according to the information in our possession, the child would be a born dead. This after a difficult birth. This is what justifies the intervention of a doctor to his mother. The fetus according to trustworthy information would have come out of her mother’s womb pregnant by the feet, but alas!
The baby would have succumbed before seeing the day and after he would have had his neck twisted. What is more normal in such circumstances? But only, and now the doctor hands the lifeless body to his assistants to prepare (cleanse) the body before handing it over to his parents. The lifeless body will then be taken to another room next door while parents aware of the drama await the lifeless body of the child.
And now we are going to bring back the body wrapped in a cloth and hand it over to the parents. Taken from panic, parents are eager to go home with the body and proceed with the burial.
This is how once they get home, they realize that the body has strange scars on the neck. Some say that the lifeless body would be the victim of a case of ablation by the doctors. They allegedly pulled some of these members out of his hands before delivering them to his parents. This is how they will then lead the body to the criminal brigade before these police officers take him back to the morgue pending investigations, if possible autopsy of the body. For the time being, and more precisely at the time of going to press, no official statement was made.
Others, however, say that the body of the child presents scars similar to the case of the NGO Emergency last October. And this is where caution should be placed on all the comments of this case. Since even the authorities of the country, on the report of an expert in pediatric surgery admitted that the traces of these incisions are logical in the practice of medicine. Only, in the present case, the child is reported to be a stillborn. And if this is a reality, then why this ablation? And especially that it is without the consent of his relatives.
Wendy Pontius Pilate