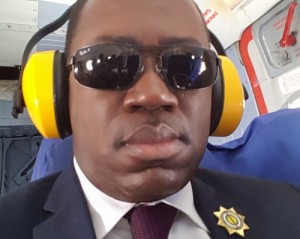 Although the President of the Republic spoke at the time of his investiture of the total break with the harmful and nauseating practices that plunged the CAR into an unprecedented chasm, it is very regrettable that the nostalgic ones continue to agitate and more , To persist even more in their dirty work. This is the case of Mr. KOBA Stève, deputy in the National Assembly and, moreover, president of a parliamentary group of the presidential majority who, using his rank and the prerogatives he enjoys, recently organized a rackettage among the Responsible for the timber companies of the place.

Indeed, thinking of the diaspora, the deputy KOBA has since its election, occupied two rooms in the hotel of the center of which it transformed one in office to receive the girls who parade all day in the hotel and the Promoters of the wood trade of his constituency, another room that used to sleep. But only where the crunch is that for more than a year already, our deputy has not honored his staggering debts vis-à-vis the hotel to the point of putting in real difficulty today, the accounting of the hotel.
According to authorized and verified sources, Mr KOBA is still expected to have a trifle of more than 22,000,000 CFA francs in the central hotel. This is a palpable example of the morality of the people whom the Central Africans have chosen as deputy to the National Assembly. While state and parastatal societies cross a red zone and where the signals from their boxes are almost red, a so-called elected member of the nation allows himself the insolent luxury of putting in difficulty the treasury of an institution like The hotel of the center which still in recent past, was the pride of the CAR because of its orthodox management.

Given the persistence of the Hotel’s accounting services to recover at all costs, KOBA did not hesitate to threaten and waive his parliamentary immunity, arguing that the hotel’s managers complained Wherever they want, because he is a member of Parliament first of all. He went so far as to say that he, the chairman of the parliamentary group « United Hearts », who directly supported the president, had nothing to worry about because he met with the Head of the State every week and the President of The Assembly is for him a regular interlocutor. How can we give credit to such a person, even if he is a deputy of the presidential majority?

Using documents bearing the logo of the National Assembly, Mr. KOBA instituted a rackettage in good standing of the forestry companies in his zone of influence to whom he sent correspondences as if he were elected 1st Vice-President Of the National Assembly, he will endeavor to obtain for these companies a permanent raising hand and a long-term exemption. To whom do we belong? How Hearts United « was able to choose a deceiver the size of KOBA to put at the head of this parliamentary group?
Forgetting all these tricks, KOBA is now positioning himself for the post of 1st Deputy Speaker of the National Assembly on the occasion of the forthcoming elections. Does he think that the deputies are naive to carry to their daily management a guy of such a morality? What was his interest in choosing to apply for this position?

Believers, even the deputies of the parliamentary group « United Hearts » do not like him because of his pride and his arrogance. We are told that he treats his colleagues deputies as shabby, rascals … So, if his own deputies are rascals before him, why dare he still ask their voices to satisfy his hidden interests by coveting the post of 1st Vice- President ? Such personages, to tell the truth, are not worthy of credit to run an institution like the National Assembly, and, moreover, the deputies of the nation, worthy representatives of the people. It is better to look elsewhere than to give the first vice-presidency of the National Assembly to a freugal, a friend of little skirts, and a gentleman of the style of KOBA.

To deserve their name as honorable deputies of the nation, the deputies of the 6th legislature have the civic and political duty to put aside, far from the management of their interests, a gentleman like KOBA although it is true that Is one of their own. Otherwise, he will risk carrying other saucepans this time on behalf of the Assembly. A wise greeting!