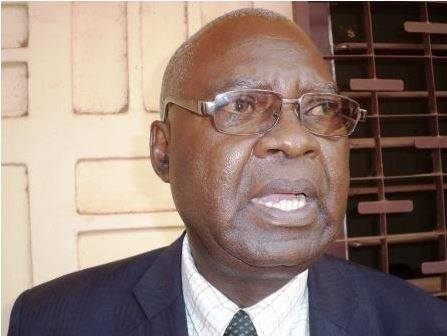 It is with deep emotion that I am sending you this open letter. Excellency, we have supported you and I the same person, perhaps to varying degrees. But the goal of our support lies in the radical transformation of our country, which has been abandoned for decades. Mr. Prime Minister, I sometimes wonder what the government of Prime Minister Sarandji is doing? Is he really up to the challenge and the responsibility entrusted to him? Is it at the height or is it just overtaken.
These questions tame me and sometimes give me insomnia, so much so that I ask myself questions as many are posed at this time. Taking, for example, the question of the unhealthiness of the capital, what was the government’s response or what is the long-term answer. To find an adequate solution to these garbage and rubbish, which are the basis of microbial diseases, and the malaria that kills and decimates our fellow citizens.
Our Capital has just been ranked one of the dirtiest cities in the world in front of Haiti!
To lead a Government is to undertake concrete actions, take initiatives to transform and change the lives of our compatriots, we can not be Prime Minister and remain passive in situations of health emergency. The Central Africans are currently victims, unknowingly of direct poisoning, in relation to this garbage.
It is very sad to see that the whole capital is languishing under heaps and heaps of garbage that do not disturb anyone. Our brothers and sisters, our dads and our mothers can not live together with garbage cans and rubbish next door.
Not to take responsibility is to commit an indirect crime against the population and it is the responsibility of the
Government to find a solution to these problems. Our hospitals are in an advanced state of disrepair and languish under rubbish piles, without anyone thinking about it. Kindergartens, high schools, public markets, neighborhoods and public roads are infected with garbage.
NO, one can not overwhelm only this incompetent Mayor who may be outdated and possibly does not have the necessary means to ensure the ownership of the Central Africans. To reduce the mortality rate of Central Africans, the fight against unhealthiness must be a priority as the President of the Republic promised during his presidential campaign.
Yes, Prime Minister, we campaigned and promised the Central Africans to change their lives.
Now a year, that you are in this position, and many of the important actions you have conducted so far were,
The Programs of your predecessor, as many of our opposition compatriots tell us. It’s time to get out of the wood and get to work.

The President had campaigned on certain social projects that we would like to see it started.
You have just made a big mistake, by asking your Minister of Plan for 12 Billion, to buy company cars, which was not a priority because the emergency is elsewhere. Have we already relocated all of our internally displaced people in Bangui and the back country to unnecessarily waste this amount in cars rolling for the haves of the city? Have you already found solutions for our thousands of the unemployed who are living without doing anything? Had you forgotten to think that these amounts could not help to finance various and varied programs to support youth?
No, Prime Minister the priority was not where you injected those 12 Billion CFA francs that will not report anything. The Priority of the Central Africans is in the recovery and rehabilitation of the hospitals which are cruelly lacking materials to save lives. Priority is in the restoration of effective cleanliness with durable solutions and not temporary crafts. Priority is schools, high schools which are in pitiful states and who are cruelly lacking class benches. Priority is our roads in the capital and provinces which are mostly out of use. Priority is water and electricity.
And without forgetting the University which is part of the President’s program, which promised to modernize it and create more boarding space for our brothers who come from the provinces, as well as a large university library.
If you have some good ministers some might negotiate funds with the donors who were at the conference table in Brussels to build a new market worthy of the name in place of this dilapidated market that is likely to collapse Day when the other. You see, Prime Minister Sarandji, we have lost a year in nothing for nothing, even if efforts have been made by the president of the republic. The Central African Republic is emerging from the crisis and many partners are ready to help us, but it lacks the political courage and a real determination to move the line. If we do not change our strategy, if we do not change the way we see things, we will most likely have a mouse at the end of this five-year term.