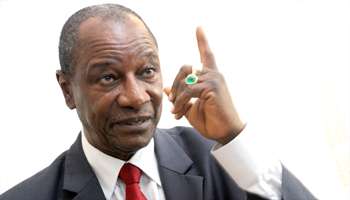 And it was his own story of sextape that eventually prevailed!

Taken for a few days in the torment of a video (unfit for consumption) circulating on social networks where he is seen gesticulating very indecently before the goal of a videocam, probably M’Bany Sangaré, A militant RPG-Rainbow activist, formerly Secretary-General of the Youth Minister, was fired Monday under a decree issued by President Alpha Condé. Ministry of Youth: M’Bany Sangaré, although militant activist, fired (Decree)
He is replaced by a certain Sidiki Toure, engineer of his state. He was previously National Director of Socio-Educational Infrastructures and Equipment. M’Bany Sangaré, could be called to other functions, it is said in the said decree.